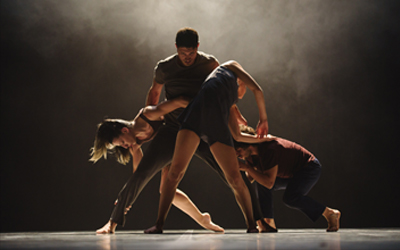 Α dance work about stamina, compassion and spiritual quest. An intimate voyage of personal elevation that signifies both the quest for meaning and the human desire to encounter oneself and the other. Four performers narrate their stories and leave traces of their personal paths. In them, we recognize aspects of ourselves. We share journeys in common, although they may seem different. The human chain continues its path, crossing landscapes that sometimes seem dark and grim, other times bright and transcendent. 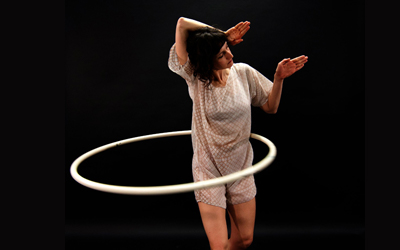 ‘Love is like a Butterfly’ builds on ‘Halo’, a solo that explored the body’s relationship to a hoop in continuous motion. When the choreographer began this research in 2009 she was attracted to the mesmeric quality of the hoop but also hoop-as-limitation, a barrier, a demanding object. In this piece, she wanted to subvert the assumptions that first, a hula hoop must ‘perform’ as a hula hoop, and second, the excellence of a piece with a hoop is dependent on the hoop not touching the ground. Choreographically, the dropping of the hoop creates dramatic tension, a shocking event. This reframing of an assumed rule shifted the work texturally, visually and emotionally. ‘Love is like a Butterfly’ is a world where failure and beauty coexist.  This idea is supported by Sasha Frolov’s sound design in which a beautiful score by Chopin deteriorates. 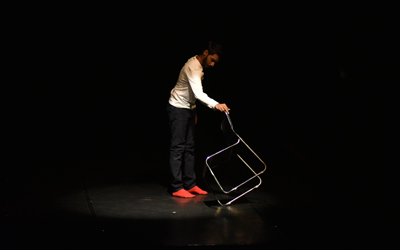 ‘Somebody’ is a solo piece about finding oneself, going through moments of personal loss, love, struggle, freedom and dreaming. Inspired by multiple memories, the music reconciles past, present and future. The work depicts intimate snippets of life, the wish to achieve one’s goals and the aspiration to encounter somebody to share this journey with.  This work has been created with studio support from Rhythmosaic Dance Institute, Sparsh Studio for Performing Arts and The Doodle Room. 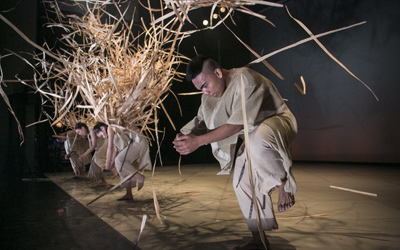 ‘Varhung~Heart to Heart’ is a creative work based on the traditional Paiwan dance, transforming the form of unity within the Paiwan dance and music into a contemporary body language. The dance movements were designed based on the songs, and the songs were written based on the dance movements, enriching the physical performances of the dancers on stage. This dance work aimed to have an intimate talk with the audience. The dancers are totally devoted to give away their deepest secrets through singing, dancing, and speaking. This piece wants to remind the audience of their own emotional stories buried deep inside them a long time ago, and further achieve the goal of healing. 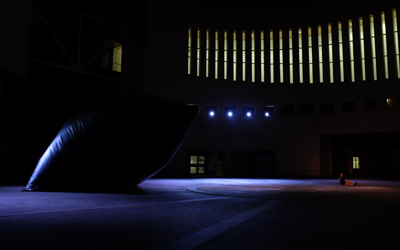 ‘WRECK-List of extinct species’ is an interdisciplinary performance mixing movement, sound and visual art. A huge black plastic soft sculpture (like a pillow), inflated with air, moves in the space. Almost as a hunter, this abstract object has a very evocative power, as it swallows and spits humain beings, it could be considered like an allegory of Leviathans or  legendary monsters under the sea, or a metaphor of capitalism, human conditions, etc. It has the power to amplify the imagination of whoever is watching, multiplying associations and conceptual layers. By inverting the relationship between a choir and its landscape, it is possible to write a partition for a soft sculpture and, through its manipulation, allow geometric forms to appear and leads to a whole new investigation on the presence of performers on stage.

This performance is presented as part of the Crossover dance project/Residency in collaboration with the Kolkata Centre of Creativity. 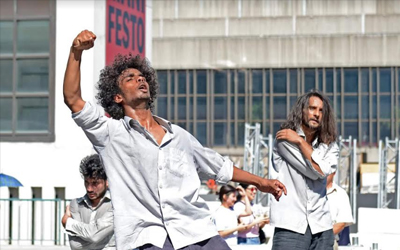 “We are a reflection of our cities and our cities reflect us”, Aminah Ricks
‘Urban Chaos’ talks about modern lifestyles, struggles and the vulnerabilities of existence in an urban digital world. The quest to find a peaceful existence is continuously challenged by the created succumbs of contemporary markets. The never ending rise of the digital world fuels the dual lifestyles of modern man adding to multiple fears of the mind.  This piece  finds its expression in the microcosm of  fear & psychology of people, representing the macrocosm of our booming urban centres. 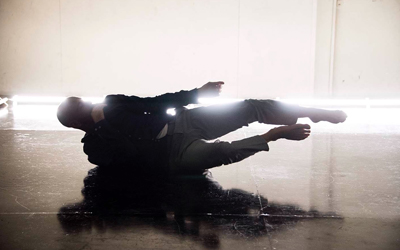 ‘SUTIL’ is a journey through Martin’s practice and experience that he has had as a dancer. It gives a sense of his view of the world and of our present society in the search for a unique piece. He advocates the importance of the dance as a practice, he thinks it must be a unique and unrepeatable experience, sometimes positive and enriching, sometimes contradictory and difficult. In times where the image is global and total, the practice in creating awareness through the authentic, real and liberating movement helps to move the states. Martin wants to claim that the movement/dance is unnamable, non-transferable and that unique experience makes it possible to become aware of ourselves and our doing as individuals. A practice that enables our consciousness helps us to evolve to explore unknown places and allow something new and even perhaps surprising like magic 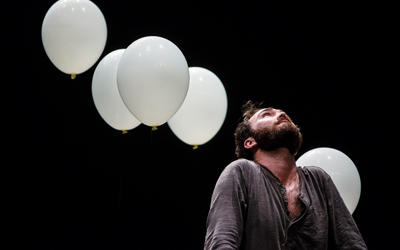 ‘Svarupa-Vyakta’ is a personal tale of a morning contemplation scene experienced in Varanasi. The ritual morning sight at the river, is of hundreds of pilgrims that bathe surrounded by wooden boats, with burning pyres on the river bank with grey smoke escaping to melt into the white sky. From those images, Stefano Fardelli questions the moment between life and death. The dimension where time is stopped, where silence takes control and one can’t tell the difference between reality and illusion, personal perception and the image one had of oneself, between oneself and the others. The river seemed to put the artist on the stage of the eternal play of life. 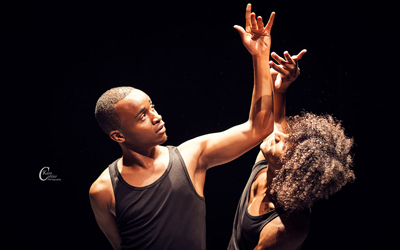 ‘Les Eléments’ is a dance duet composed by Yanice Djaé and Sébastien Vague. Both based in Vitry-sur-Seine, in the Paris area, they created their first performance in 2012 under the artistic supervision of choreographer Fouad Boussouf.
Marrying the technical virtuosity of hip-hop dance with the contemporary choreographic expression and the musicality of bodies and voices, Yanice and Sebastian rock the stage with beatbox beats and famous tunes. With sensibility and humor, they invite the audience to share their encounter under the aegis of their tremendously communicative energy. The piece has been performed at festivals in France, Germany, Spain, Morocco, Hong Kong and Cuba. 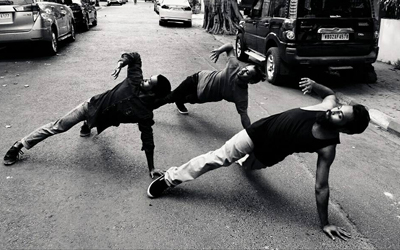 ‘Stronger’ is a male trio that portrays the inner voices of a person in moments of strength and weakness. It was created for and first performed at the Unicorn Street Arts Festival 2018, Kolkata, India. The symbolism and meaning of a unicorn to people across cultures is diverse but it is usually seen as a sign of hope and purity. Stronger embodies the resilience and power of the human spirit. Choosing to dream again, amidst dark shadows of past disappointment and recurring setbacks, one is emboldened and made stronger by experience. The movement vocabulary draws upon hip-hop and contemporary dance language.
This project was supported by The Doodle Room, Buoyant Performing Arts & Sparsh Studio for Performing Arts. 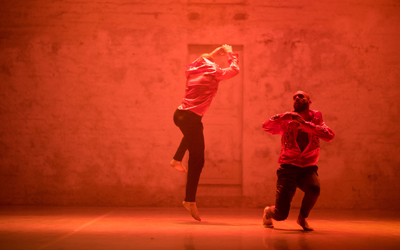 The feelings come from the space that we create together. Empowering our self being aware from others. So freedom comes and we really start to happen.
This work is commissioned by Dance Bridges Festival and will be created in Kolkata during a 15 day residency programme with dance artists from different parts of India, Bangladesh and Sri Lanka. 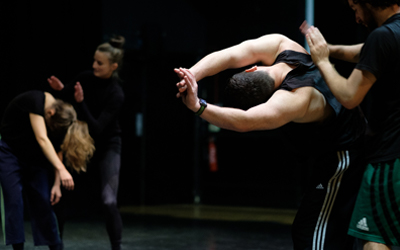 A multi collaborative work that interacts with traditional movement forms and contemporary concepts. The piece is a humanist work that focuses on connection between different characters from diverse backgrounds. This striking piece exposes human reactions when under pressure through expressionistic gestures and emotional form, be it a mental or physical pressure: endurance, resistance, surrender. The work displays a continuous shift between equal forces creating an intense and surreal atmosphere.
This work is commissioned by Dance Bridges Festival and will be created in Kolkata during a 15 day residency programme with dance artists from different parts of UK, India, Bangladesh and France. 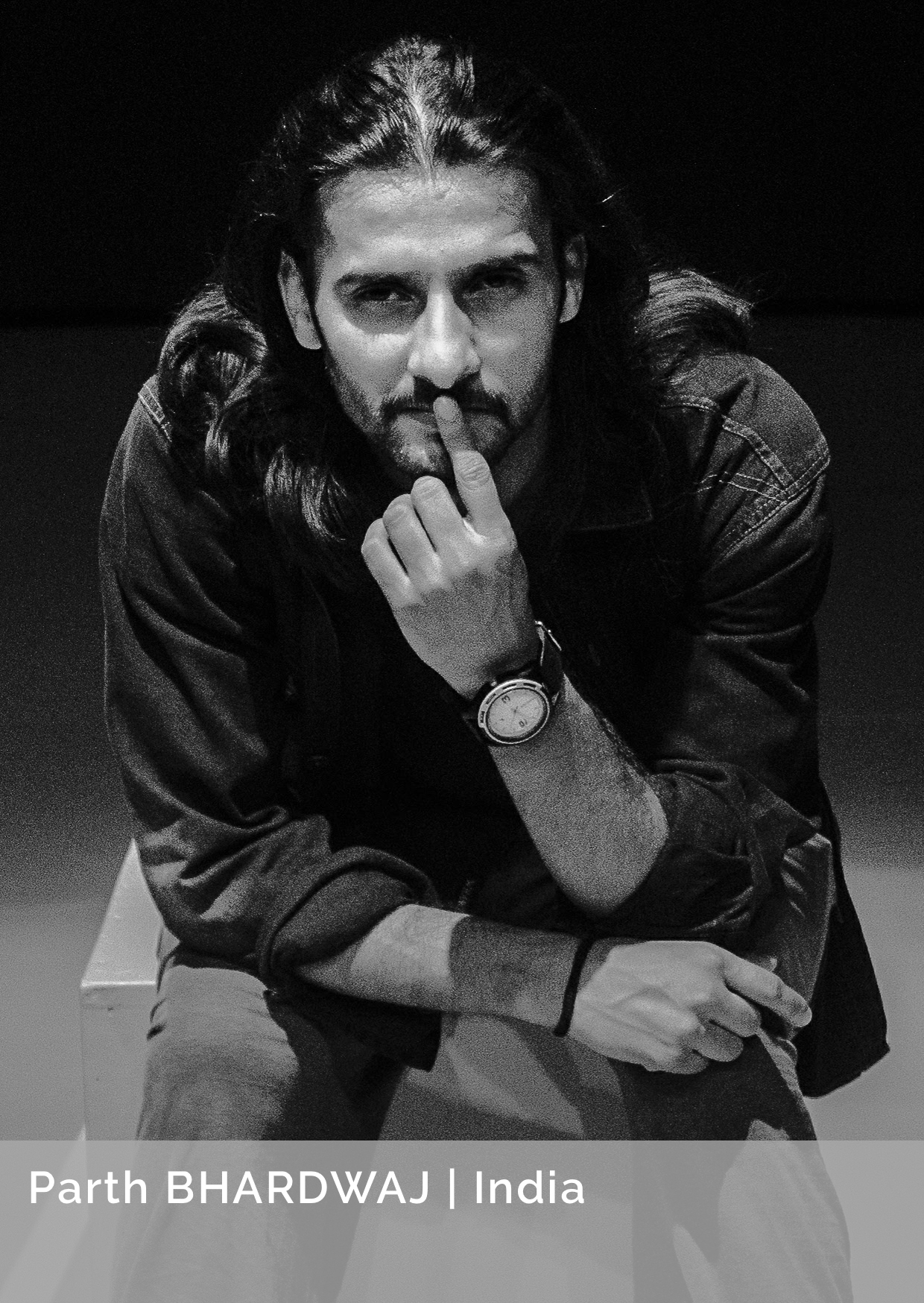 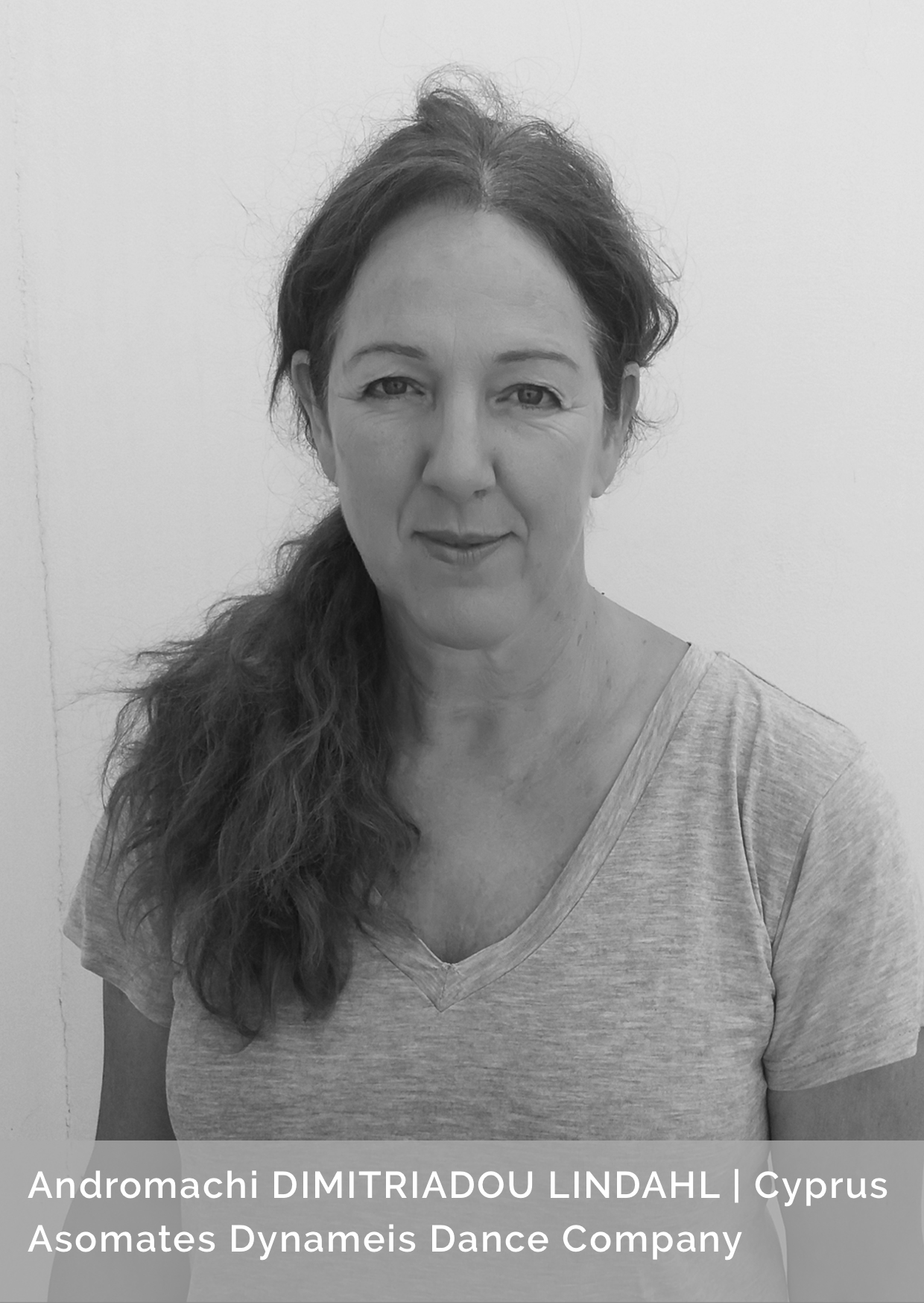 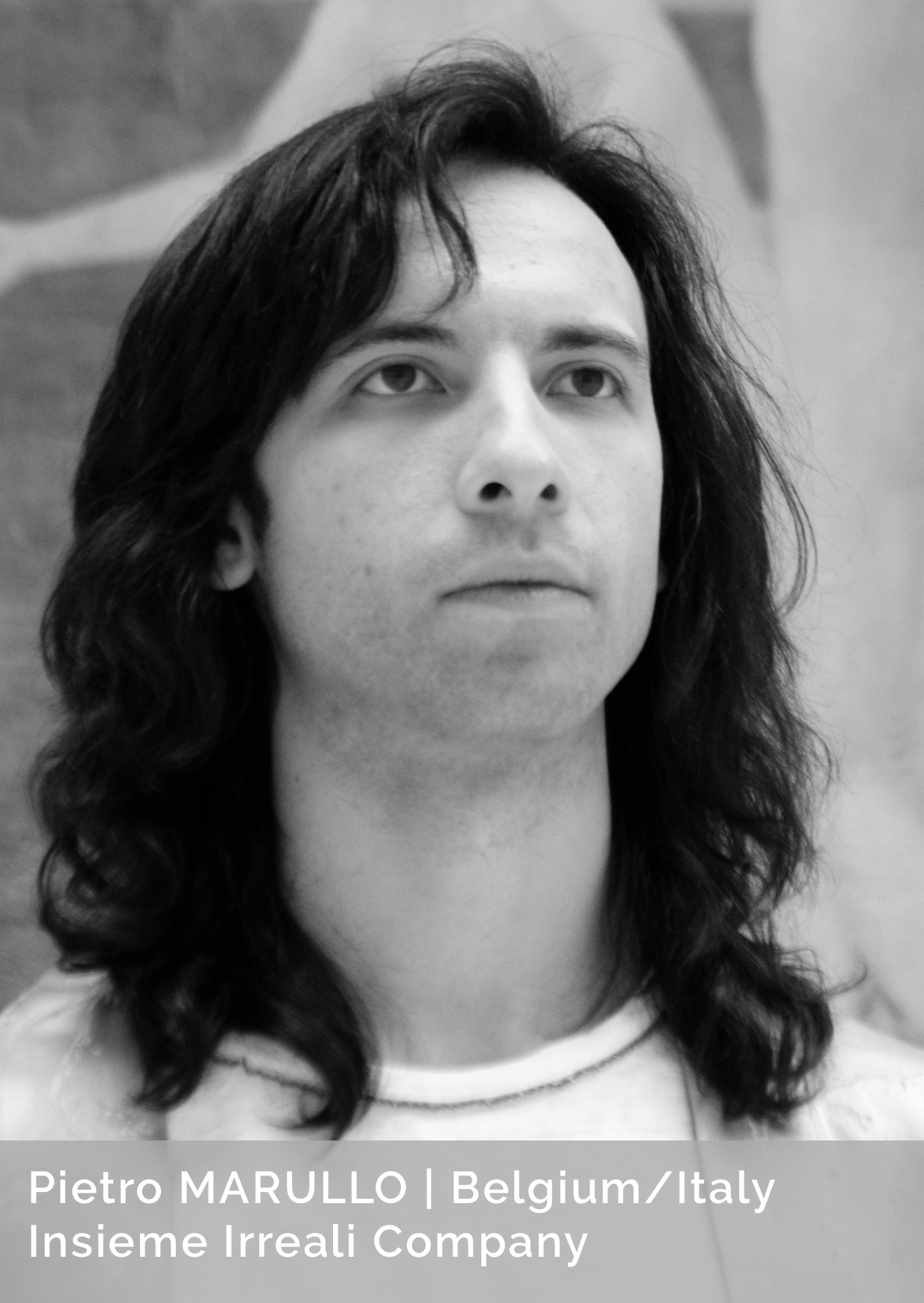 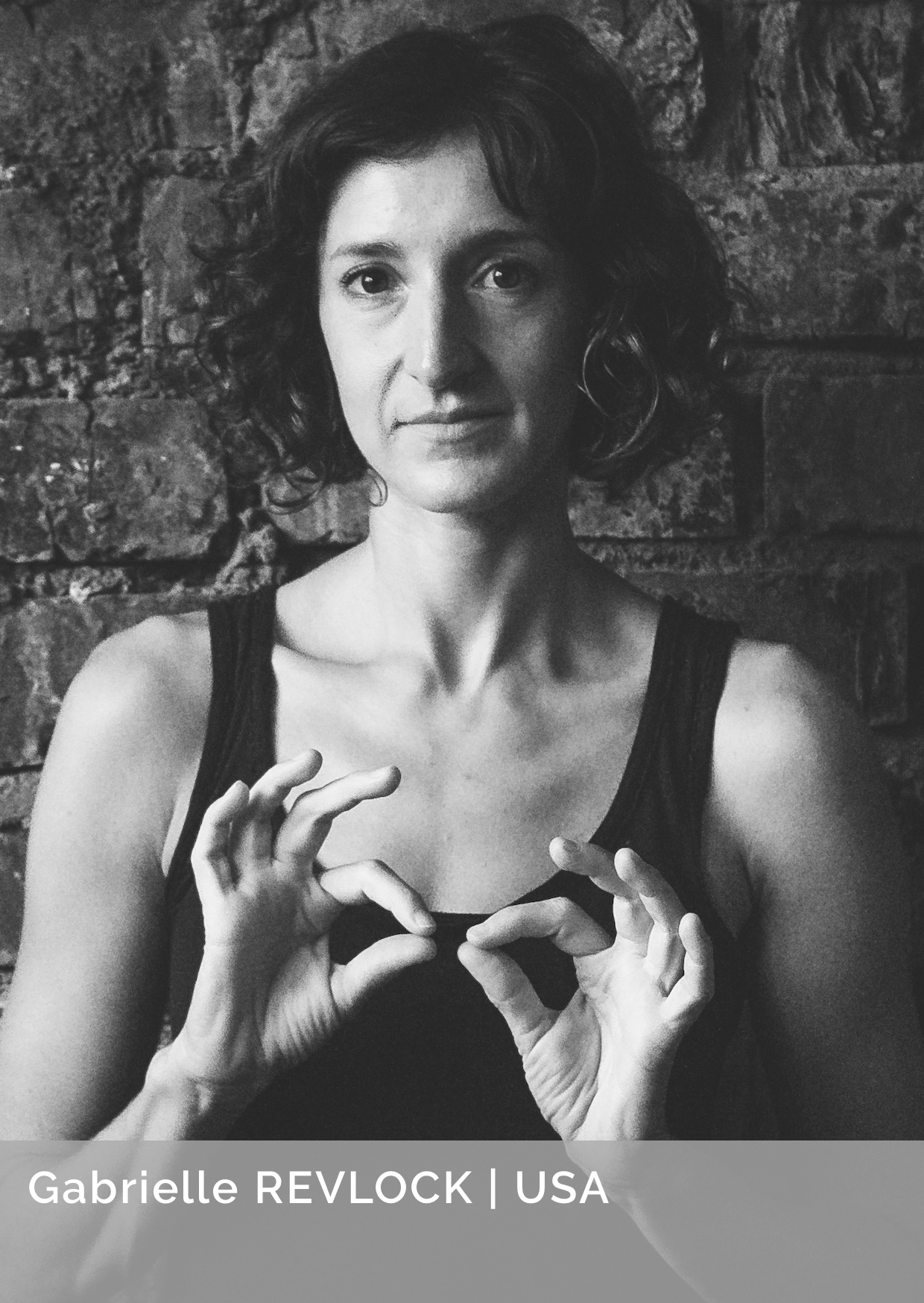 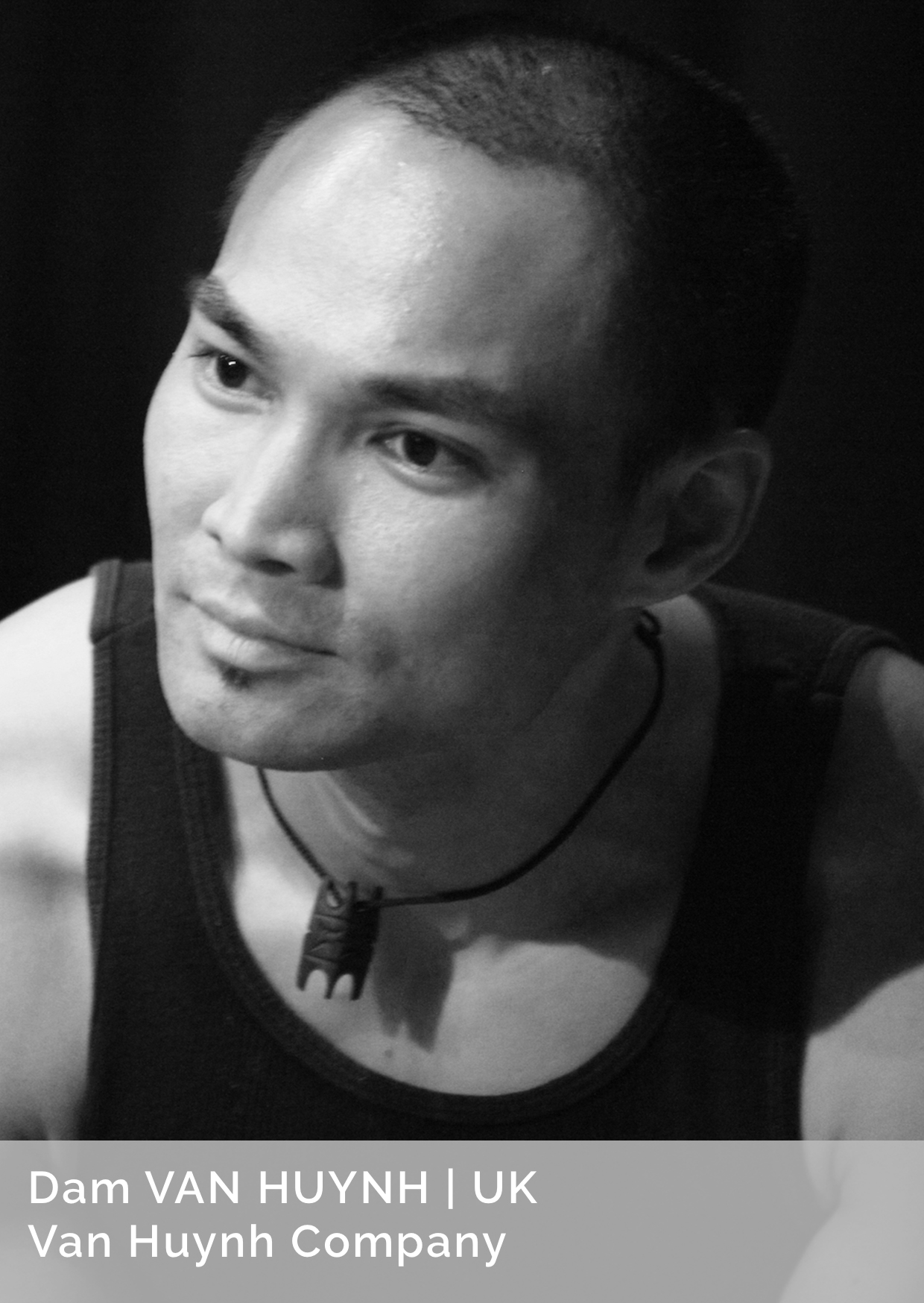 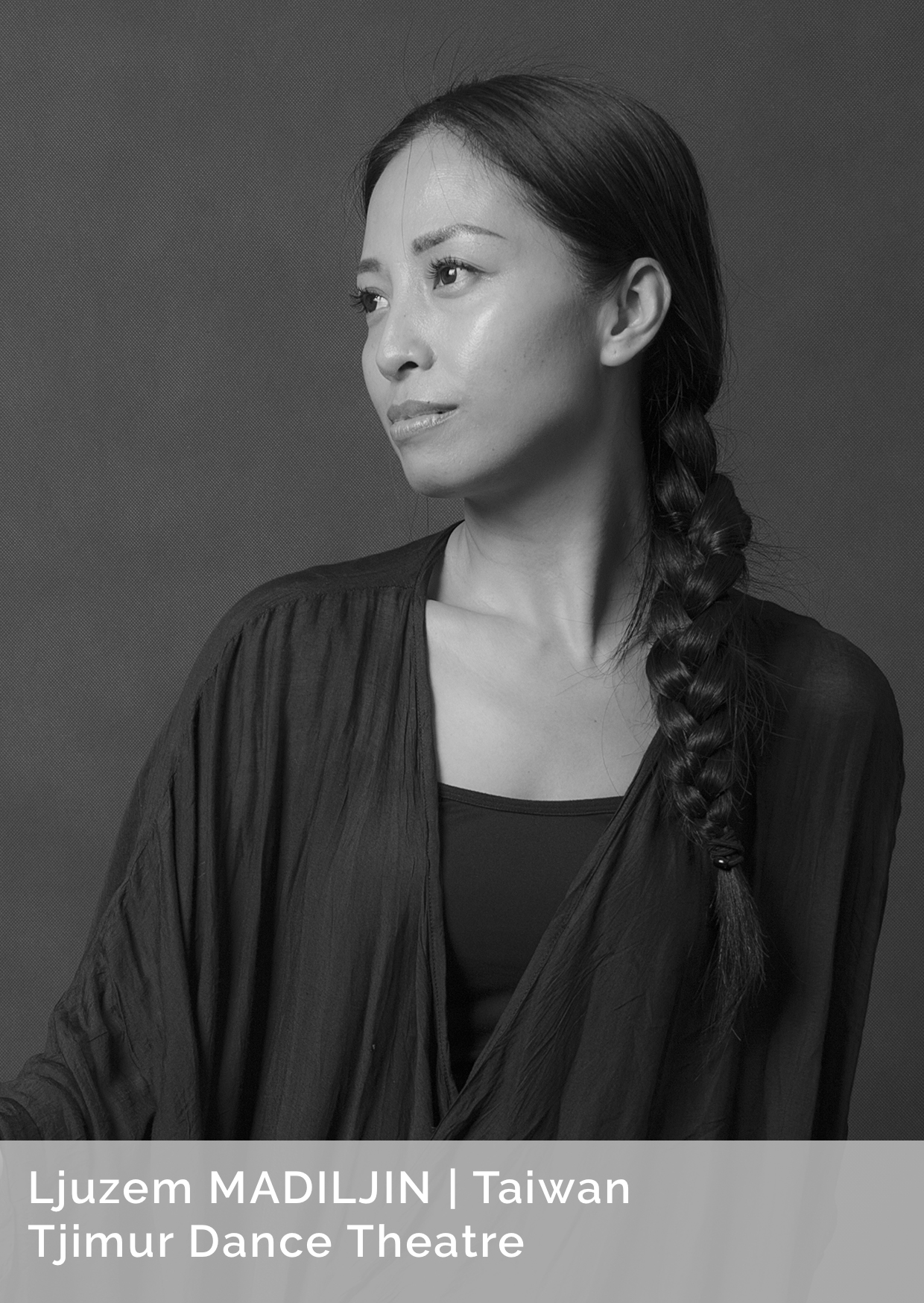 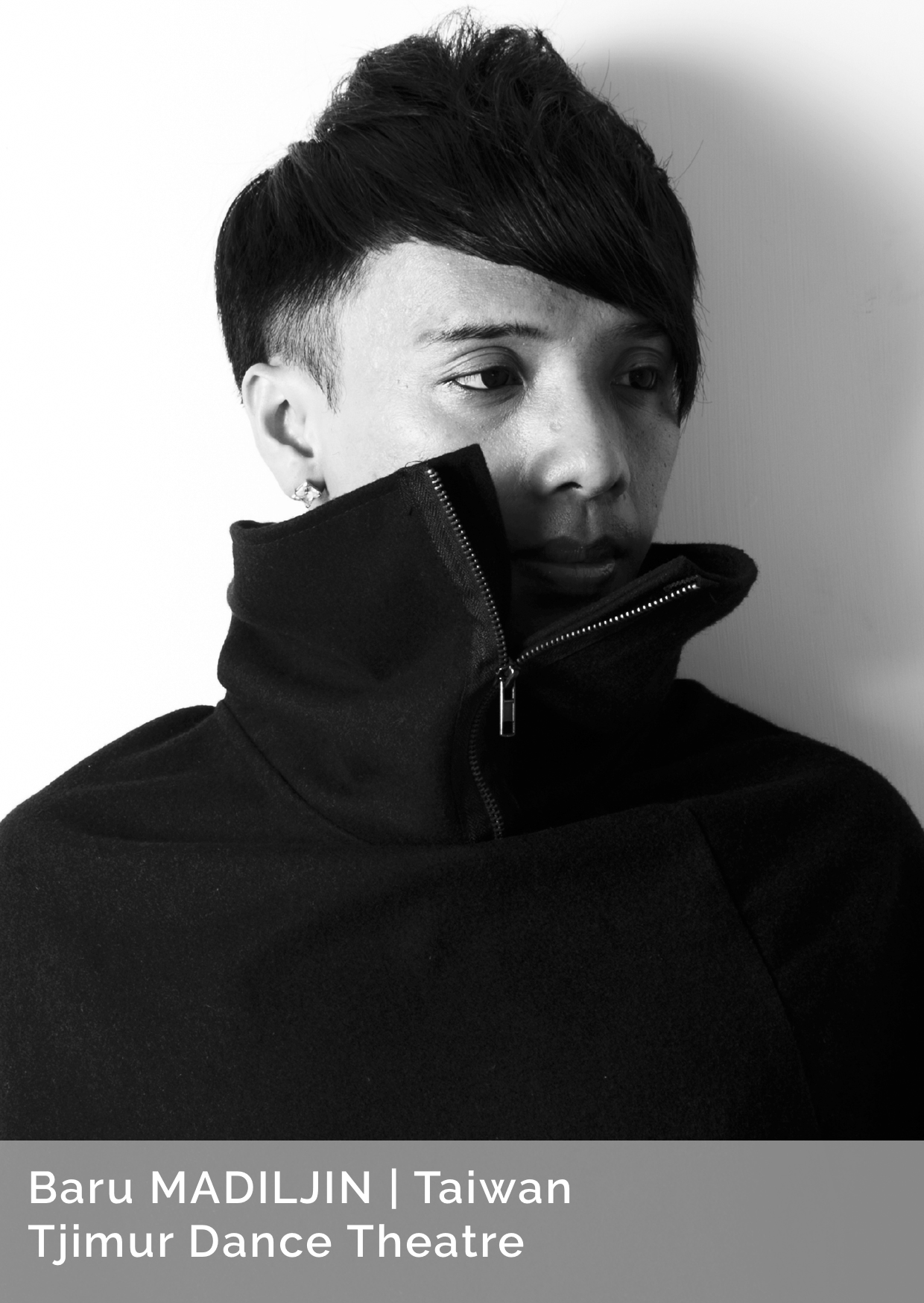 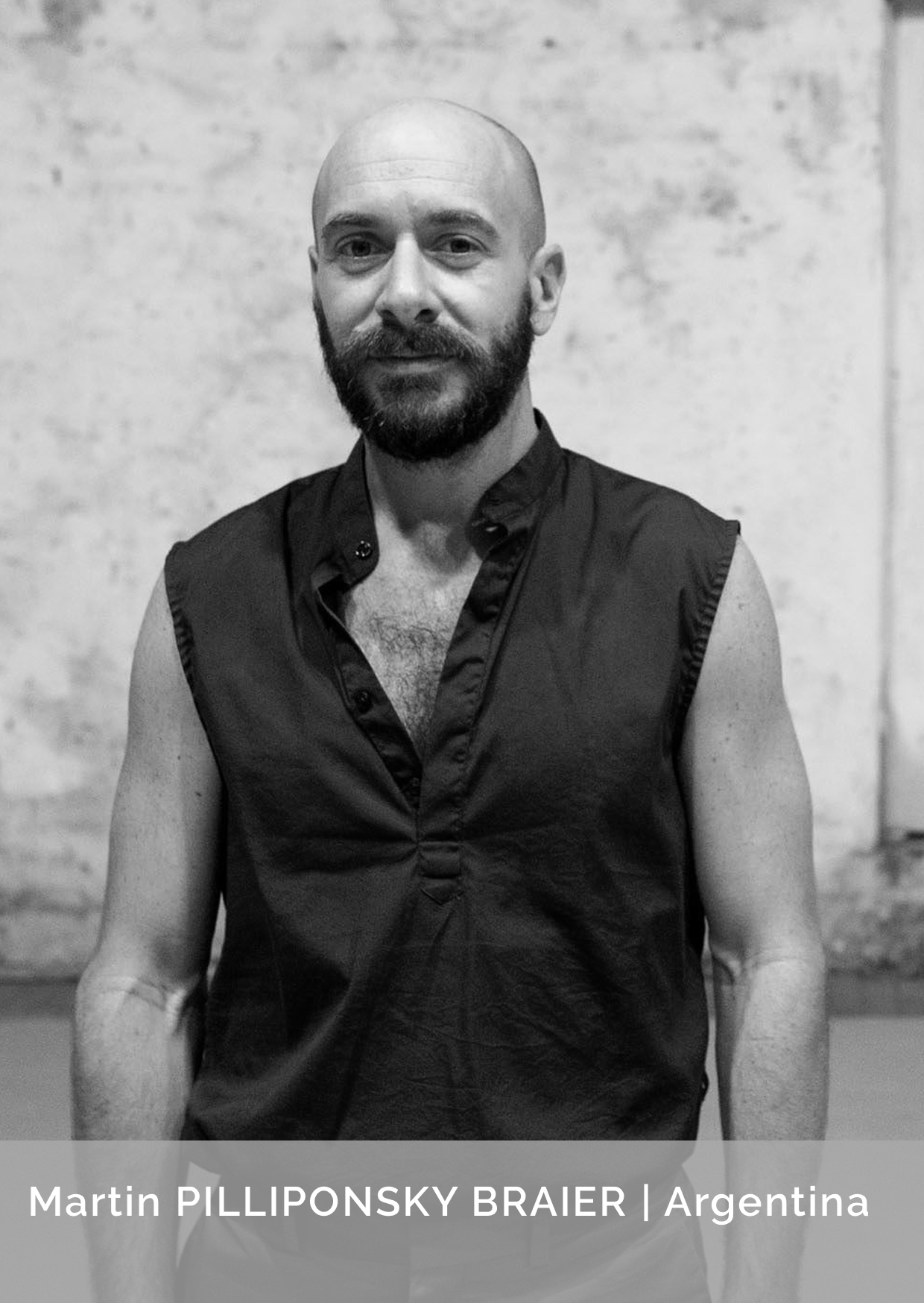 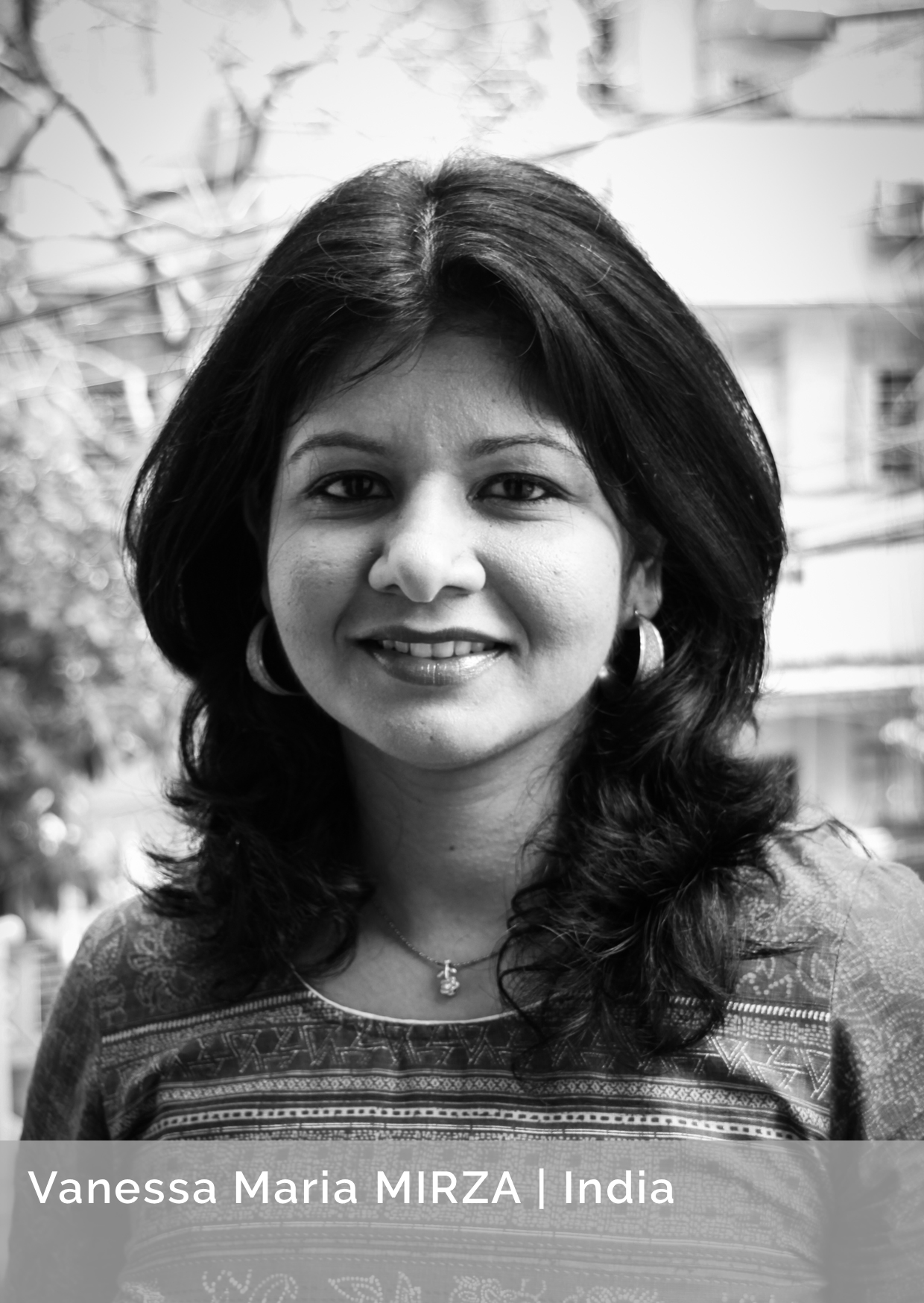 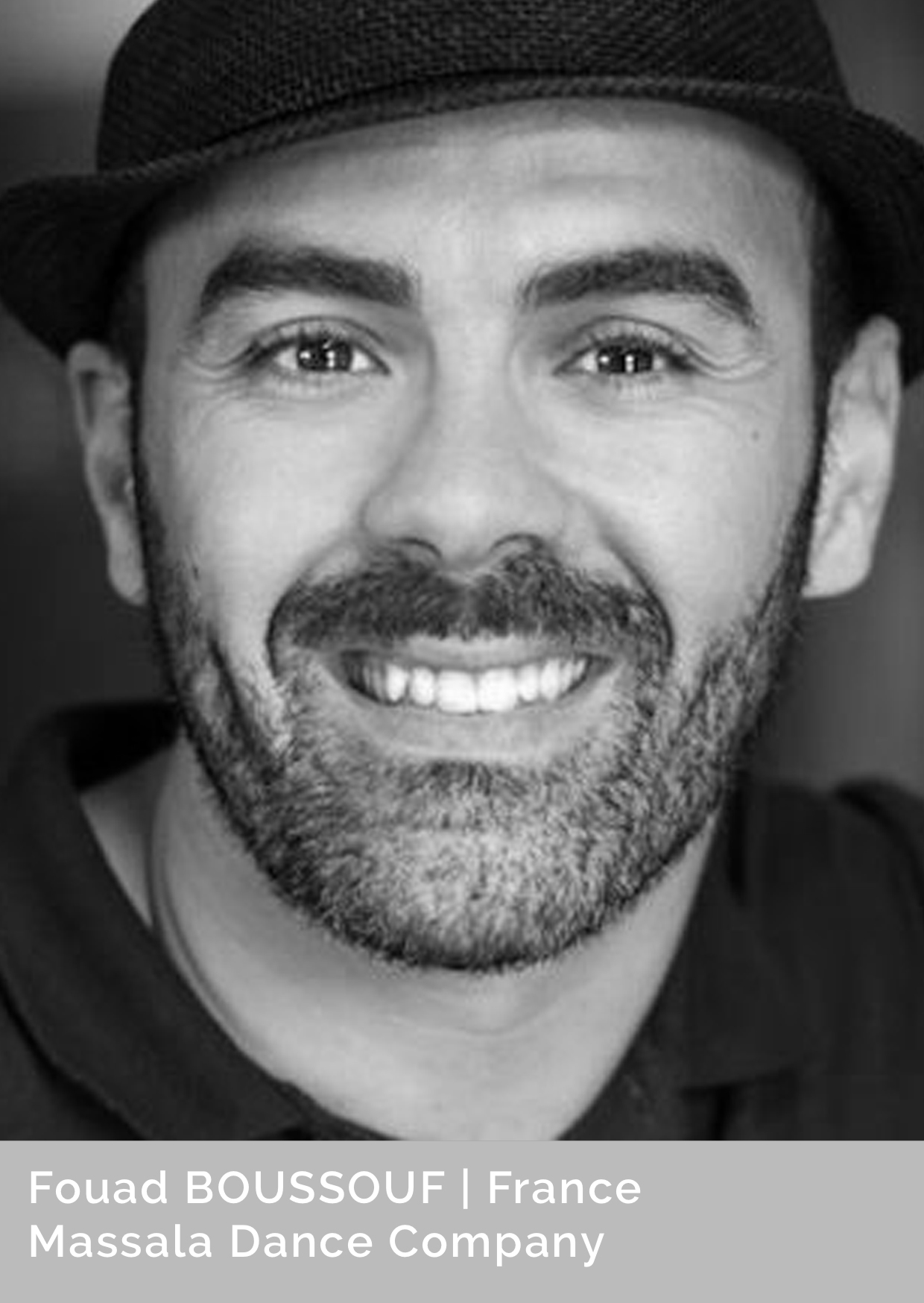 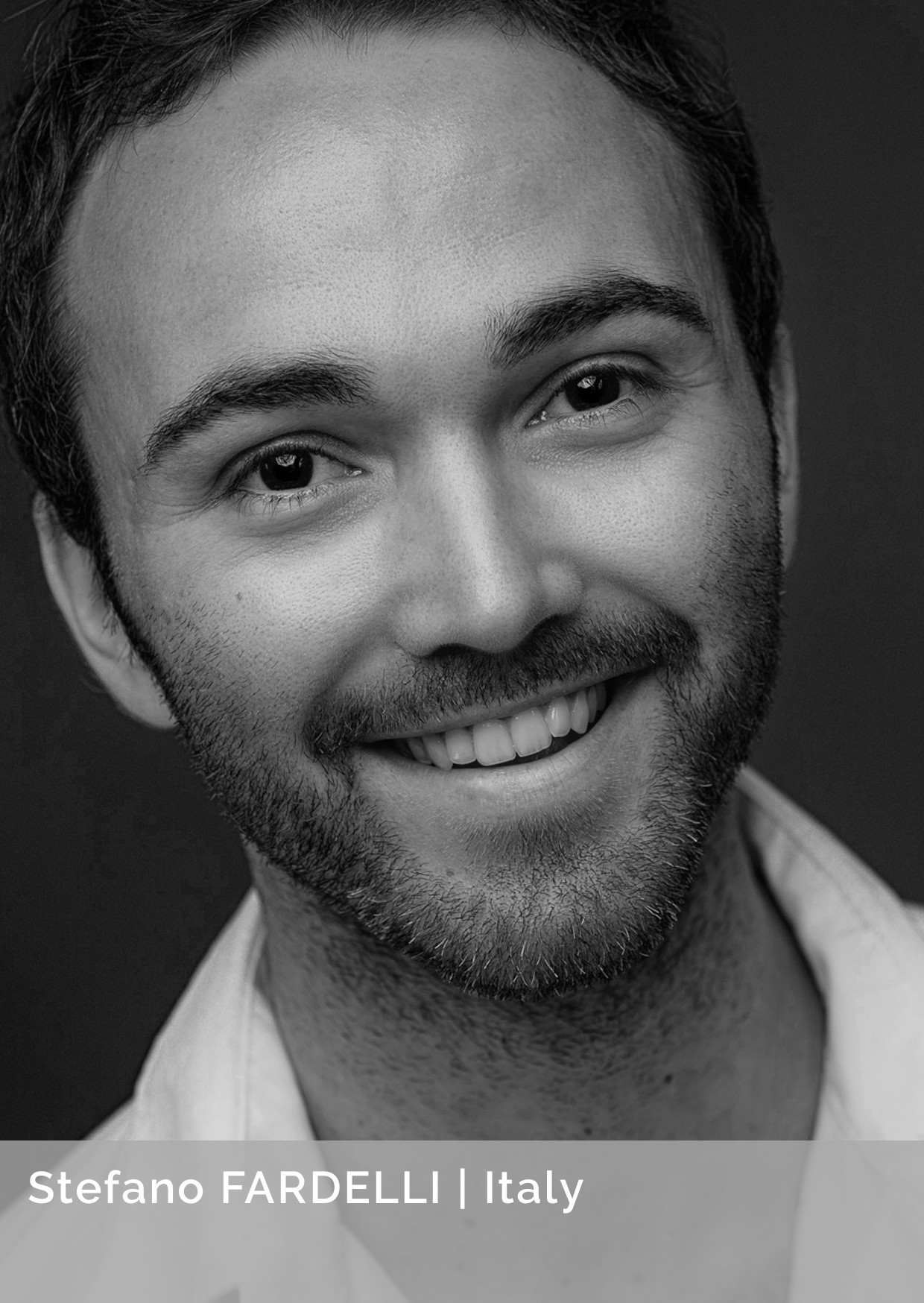