If you are looking to join an ONLINE class in contemporary dance and further your skills and knowledge by exploring dance technique, improvisation and choreography, please do contact us. Festival Director, Vanessa Maria Mirza is hosting open classes for children, teens and adults.

Class Description: This class uses fun and dynamic ways to introduce children to a range of different kinds of movement. The class incorporates a warm up section including basic elements of ballet and stretches for strength and flexibility, rhythm based games, creative dance exercises using stories, sounds, images and props to learn movement phrases, develop coordination and working on dance sequences.

Charges:  Rs. 900 per month. A demo class is available free of charge.

Charges: Rs. 1300 per month. A free trial session is available on request.

Suitability: Adults 25 years and above

Class Description: This class is meant for adults new to or keen on discovering contemporary dance movement. While learning new movement vocabulary the class is aimed to build flexibility and fitness through a fun series of  exercises. The class begins with a warm up stretch followed by centre work and travelling movement sequences based on contemporary, modern dance, jazz and world dance basics. Improvisation based exercises enable the participant to explore new movement ideas within the safety of their own range. The class ends with a cool down and and relaxation exercises. Dancers with varying levels of movement experience can in a safe environment to experience contemporary dance in a unique way.

Charges: Rs. 1500 per month. A  free drop in session is available on request.

Class Description: This class covers an introduction to ballet for children in barre and centre work, basic stretches and movement exercises to build flexibility and strength, creative dance games and short improvisations, creating movement phrases and working on dance sequences with short group and solo presentations. It helps children to relate to the body and discover movement using the power of the imagination.

Charges: Rs. 1100 per month. A free trial class is available on request.

Suitability: For dancers 20 years and above

Class Description: This class covers a warm up with section including a full body stretch, contemporary ballet and pilates based strength and toning exercises as well as yoga based movement sequences. Dancers are encouraged to expand their knowledge of contemporary dance through a combination of physically challenging technical movement sequences, improvisation exercises and choreographic research. The class aims to impart to the performer a deeper sense of body awareness, alignment, body control, focus and intention while learning new ways of moving. Performers have the opportunity to build on existing levels of dance technique and performance abilities through individual sessions developing solo choreography, while also engaging in group projects.

Charges: Rs. 1,500 per month. A free trial class is available on request.

Vanessa Maria Mirza is a dancer, choreographer, visual artist and curator based in Kolkata, India. Her recent choreographic works include ‘Dream Realms’, ‘La Femme et La Mer’, ‘Her Song’. ‘Somebody’ and ‘Stronger’. Her choreography has been performed in Taiwan and India. Her work ‘Somebody’ was shortlisted for the Prakriti Excellence in Contemporary Dance Awards (PECDA) 2018. She collaborated with UK based theatre artist Imogen Butler-Cole for a new physical theatre production ‘Shashito Shorir/Disciplined Body’ as part of the Indo-European Residency in Kolkata supported by the British Council and CIMA Gallery. Recently she also collaborated with US music artist Zachary Ray for the choreography for his single ‘Let Go’. In May 2021 she was invited to create the solo ‘La Femme et la Mer’  for Emami Art as part of the ‘Performance in Response’ for a exhibition of paintings by K.C. Pyne and curated by Kolkata Centre for Creativity.

Since 2004, she has taught and choreographed for a number of school and college concerts, social outreach programmes, dance companies and festivals in Kolkata and other parts of India. 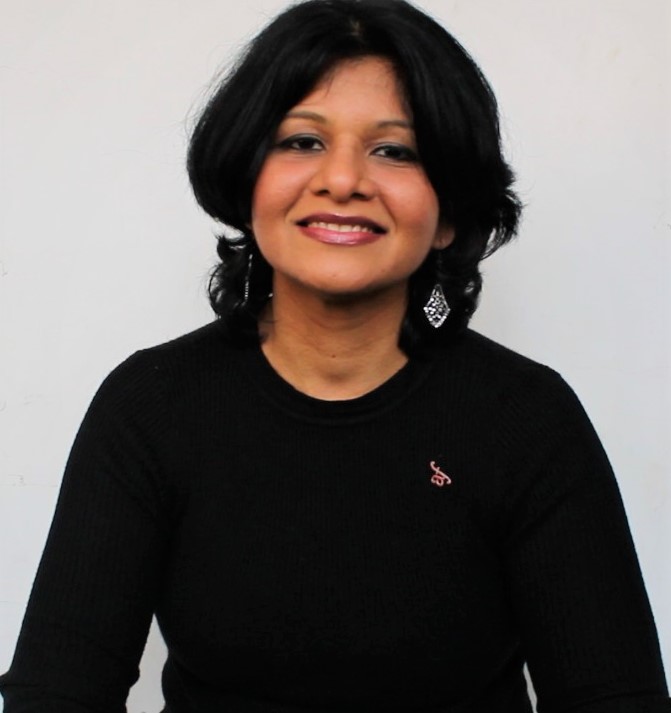