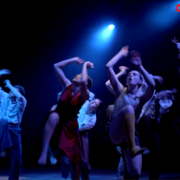 “Political Mother” is ten years old. Let’s discover it again in a new, unplugged version imagined for the young dancers of Shechter II.

Watch “Political Mother Unplugged” live by clicking on the following link at the scheduled time https://bit.ly/Political_M_web

Hofesh Shechter scrutinises again this stunning show with the talented international young dancers of Shechter II. In a landscape of animated digital projections, the choreography unfolds in a world of raw emotions and powerful sensations triggered by the compelling and tribal movement of the group. A unique dance experience that leaves no one indifferent.

Do join us for this amazing performance and invite your friends too! 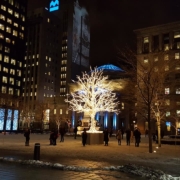 ‘Since 1984, every two years in Montreal, CINARS has been organizing one of the most important international showcases and networking events, gathering more than 1 900 professionals hailing from over 54 countries including 433 show presenters, some of whom are the most influential in the business. During one week, 170 shows from Quebec, elsewhere in Canada, and abroad grace the stages while workshops, networking events, as well as an exhibition hall are teeming with participants in some of Montreal’s main cultural venues.

After 18 editions, the CINARS Biennale has made a name for itself as a must-see multidisciplinary event in which participants can develop real international touring opportunities, build solid relationships with stakeholders from all over the world, and sharpen their professional skill set and knowledge base.’

Dance Bridges was at the 18th edition of CINARS Biennale 2018 in Montreal, Canada for an amazing week of performances, presentations and discussions. Festival Director Vanessa Maria Mirza was also invited to speak in the The Great Knowledge Cafe session with the theme ‘The Art of Building bridges around the world’. This was a wonderful activity hosted by CINARS & CAPACOA as a unique and dynamic platform of learning, transforming and networking. It was an excellent time of exchange led by Dance Bridges( Kolkata) & Open Look (St.Petersburg). ‘CINARS was a great experience’,says Vanessa, ‘and I look forward to more international and particularly Canadian partnerships and collaborations being built through this event.’ 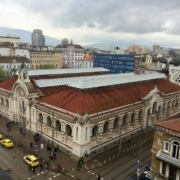 March 2018 saw the Dance Bridges team represented by Pierre Palluet and Vanessa Maria Mirza at two international dance platforms in Bulgaria. It was a great honour to be the only Indian Festival participating in both these prestigious international events.

Aerowaves’s annual festival Spring Forward festival was held in Sofia from 23rd-25th March, 2018 in collaboration with Derida Dance Centre. Aerowaves is an international forum representing emerging and exciting new talent in Europe with a partner network of 33 countries and promoting dance artists through cross-border performances. It was an exciting time as our team members met with performing arts professionals from different parts of Europe and interacted with several artists performing at the festival. Amongst these many meetings it was a great pleasure for our team to re-connect with artist Alfredo Miralles ,a part of the Springback Academy for writers. Alfredo was one of the artists who performed at Dance Bridges Festival 2017 in Kolkata.

Dance Bridges is grateful to Aerowaves for this invitation and hopes the connections made can develop into bring more work from Europe to India while building valuable artistic exchanges.

To read more about the event have a look at their website here: http://aerowaves.org/

Spring Forward was followed by 3 days of American dance showcases for Spotlight USA in Plovdiv from 26th-28th March 2018 in collaboration with One Dance Week. The programme had artists performing a wide range of pieces with panel disccussions and feedback sessions weaved into the schedule as well. As a second invitation from American Dance Abroad our team was delighted to meet with so many new artists as well as international programmers. We once again had a reunion with friends and connections from the dance world and thoroughly enjoyed our time in Plovdiv. Indeed we hope to continue to grow and expand our associations with American artists with even greater participation in Dance Bridges events through the years to come.

To read more about American Dance Abroad and their upcoming events, you can visit their website: https://americandanceabroad.org/